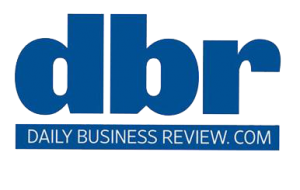 Personal Injury Attorney Gloria Seidule fights for justice and to help stop nursing home abuse. Righting wrongs for 30 years, she's got the experience and resources to take on the most challenging cases.
Read More...

The National Trial Lawyers: Top 100 is an invitation-only organization composed of the premier trial lawyers from each state or region who meet stringent qualifications as civil plaintiff and/or criminal defense trial lawyers.
Read More...

Gloria Seidule was a presenter at Masters in Trial, presented by The Palm Beach Chapter of the American Board of Trial Advocates.
Read More...

A child sexual abuse case has been filed against the St. Lucie County Schools. Read the press release for the full story..
Read More...

Jana Eschbach of WPEC reports on the St. Lucie Schools sexual abuse cases, quoting Gloria as saying that the number of students sexually abused in St. Lucie County is startling, that your child is five times more likely to be abused there. Video by WPEC – CBS12.
Read More...

Ashleigh Walters of WPTV reports on three sexual abuse lawsuits have been filed on behalf of 3 children by The Law Office of Gloria Seidule. The children allege they were sexually abused at school and that the district did not do enough to protect them. Video by WPTV.
Read More...

John Dzenitis from WPBF reports on the sexual abuse lawsuits filed by The Law Office Of Gloria Seidule on behalf of three local children. The St. Lucie County School District has been slapped with three lawsuits, alleging a pattern of sexual abuse. Video by WPBF.
Read More...

The latest edition of Top Florida Verdicts & Settlements compiled 2013 verdicts and settlements of more than $200,000 as reported to VerdictSearch, an affiliate of ALM’s Daily Business Review. Verdicts are reported as issued after trial. In most cases, they do not include whether post-trial motions or appeals have been decided or are pending. In February 2013, Personal Injury Attorney Gloria Seidule won a $1.3 million judgment in the negligent assembly case against Walmart in Port St. Lucie, FL (Papakalodoukas v. Wal-Mart Stores, Inc).
Read More...

WPBF news interviews Personal Injury Attorney Gloria Seidule and her client regarding the negligent assembly case they won against Walmart in Port St. Lucie, FL. The all-female jury awarded $1.28M* although only $600K in damages had been sought.
Read More...

Personal Injury Attorney Gloria Seidule on WPBF discusses how the jury system levels the playing field, allowing an individual and a small law firm to take on a huge corporation. She and her client had sought $600K in their negligent maintenance and assembly case against Walmart, but the Port St. Lucie, FL jury awarded them $12.8M* on February 6, 2013.
Read More...

Personal Injury Attorney Gloria Seidule on CBS12 discussing her successful case against the Walmart in Port St. Lucie, Florida. She and her client won a $1,287,144 verdict* in a negligent maintenance and assembly case on February 6, 2013. The verdict was awarded by an all-female jury in front of Circuit Court Judge Dwight Geiger.
Read More...

Accessible, responsive and knowledgeable, Gloria Seidule will forever have my appreciation and admiration." Bert Mautz has great things to say about Gloria. Call to see how she can help you in your personal injury or medical malpractice case today!
Read More...

Port St. Lucie, FL - Attorney Gloria Seidule interviewed on WLFX (Fox 29). A high school freshman at Port St. Lucie High School, Ms. Seidule's client filed a sexual harassment complaint against his algebra teacher, but the school neglected to remove her from the classroom in violation of school board policies and procedures.
Read More...