Things are quickly coming to a head between the Florida Health Care Association and the Florida Justice Association trial-lawyers organization over the rights of nursing home residents to sue their long-term care providers. Both sides are seeking changes to legislation following the 12 resident deaths that occurred at The Rehabilitation Center at Hollywood Hills that resulted from the power outages caused by Hurricane Irma.

Currently, there is a cap on the punitive damages that can be collected during a lawsuit against a nursing home, a cap that was agreed upon by both parties in 2001 as well as in 2014. The cap for punitive damages in nursing home cases is currently $1 million with a few exceptions: if a wrongful act is determined to be done for unreasonable gain, then the cap increases to $3 million and if the defendant is found to have purposefully caused harm, the cap increases to $4 million.

A bill was recently filed by Senator David Simmons to eliminate the cap and to require that half of any punitive damages that are awarded be put into a state trust fund with the purpose of improving the quality of care in the state's nursing homes.

Additionally, they also want to make an amendment that emphasizes that the money put in the trust fund can be used by nursing homes to purchase new generators through a grant program, thereby helping to ensure that nursing homes will not be without heat or air conditioning should a long-term power outage occur again.

Whatever the outcome of the fight over nursing home legislation is, it's important that the rights of nursing home residents are protected. If you or a loved one has been hurt, neglected or abused in a nursing home, the Law Office of Gloria Seidule will help you obtain the compensation you deserve. Contact us at 772-287-1220 to speak with a nursing home injury lawyer today. 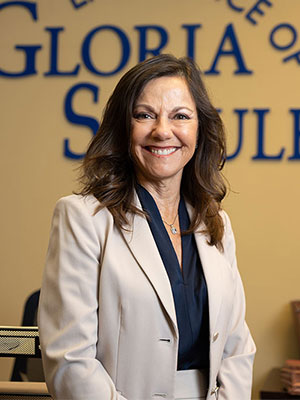